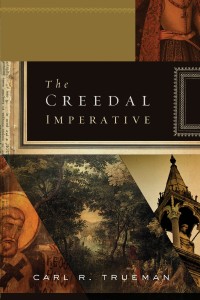 One question I face in class as a church historian is, ‘If doctrine develops, does this mean that what unites us to Christ changes over time too?’ This is an excellent question and, indeed, a rather obvious one when one is investigating the history of doctrine. Two things need to be borne in mind here.

First, Scripture gives no hint that that which saves changes: it is always trust in Christ that unites one to Christ. Thus, someone who was a believer in the first century is saved in the same way as someone who believes in the twenty-first.

Second, as noted above, the public criteria for what constitutes a credible profession of faith do change over time, as do the standards for office-bearing. As the church reflected upon the identity of Christ and upon Scripture over time, the limitations and inadequacies of certain formulations became more apparent. We noted above that in the third century, the view that Christ was subordinate to the Father in terms of his being was considered acceptable because the implications of that position had not been fully worked out. Once this had been done, and the unacceptable, unbiblical implications of such a position had become clear, the church put in place statements that ruled such views out of bounds. It is not that people who believed in Christ’s subordination in the second century could not therefore have been saved—we are all, after all, saved despite some of the things which we believe. It is rather that the church had come to an understanding that to protect and to articulate the gospel, accurate concepts and appropriate language were necessary, and some of these had to change over time as the in adequacy and abuse of earlier forms became clear.