William Perkins could be called the father of Puritanism. His works, now being reprinted by Reformation Heritage Press, are well worth reading.

These two articles look at different aspects of Perkins’s thought: 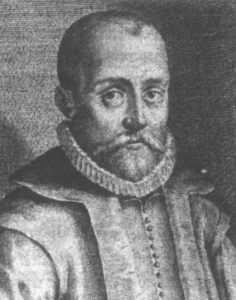 In this article Waugh provides some background to the Puritan movement and to William Perkins, noting the influence of his Laurence Chaderton as a patristics scholar at Cambridge before examining the use of Augustine in Perkins writings. Waugh’s quantitative analysis showed that Augustine played a significant role in Perkins’s writings, and his qualitative analysis of Perkins’s use of Augustine in one work showed significant influence on Perkins’s thought, though not a slavish following.

Some, such as R. T. Kendall, have asserted that William Perkins’s belief in particular atonement prevented him from pointing people to the gospel or to Christ for the assurance of salvation since Perkins could only affirm that Christ atoned for the elect. This, it is claimed, led to an introspective approach to assurance. Ballitch surveys Perkins’s belief regarding the atonement and confirms that he did hold to a particular, rather than universal, view. But he looks at Perkins’s statements of how assurance should be preached and at his actual practice and concludes that Perkins points people in need of assurance to the gospel and to Christ and not inward alone.