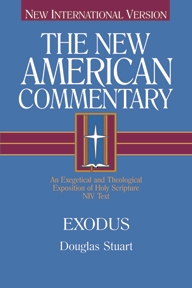 If you buy only one Exodus commentary, buy this one. At over 800 pages, Stuart has room for extended comment, and he uses his space judiciously. His positions on the text are sensible and well explained. It is this combination of fullness and sense that make this commentary stand out. In addition to verse-by-verse commentary, Stuart has included a number of interesting and helpful excurses. Those on various aspects of the law, in particular “The Paradigmatic Nature of Biblical Law,” are especially helpful. 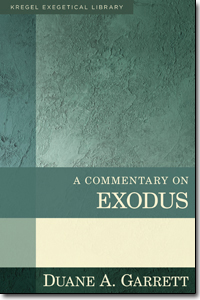 Garrett’s commentary ranks right up with Stuart’s. Garrett has the more detailed introduction (his discussions of the location of Sinai and the date of the exodus are especially valuable, even if one reaches a conclusion different from Garrett). Garrett’s comments are briefer than Stuart’s, but he gives more attention to the Hebrew text. Garrett also diaplays good sense, but I’d give Stuart the edge. For instance, Garrett seems unaccountably taken with the idea that the plagues were providentially guided natural events rather than strictly supernatural, leading him to make some unpersuasive interpretations of certain of the plagues. Even so, this is a commentary to get. 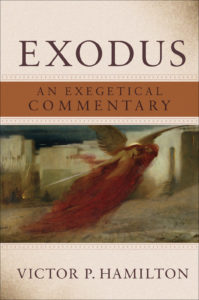 I find the quality if Hamilton’s comments to be better in his Exodus commentary than in his Genesis commentary. Nonetheless, he does not rise to the level of Stuart or Garrett. There is a fair bit of white space in the layout, and this results in the comments being briefer than one would expect in a commentary of this size. Nonetheless the comments are helpful, and Hamilton does comment on the Hebrew.

At the turn of the century there was a paucity of evangelical, exegetical commentaries. Currid was at the top of my list then. Now, because of the brevity of his comments, I would not rank Currid as high. Nonetheless, this is still a valuable commentary.

Other commentaries worth considering are Houtman in HCOT, though it is expensive, Kaiser in the (R)EBC and possibly Carpenter in EEC (I’ve not yet lookd at Carpenter). Childs’s commentary is often highly recommended, but I’ve found that there is a lot of critical chaff to wade through. Peter Enns’s NIVAC volume also has received high recommendations. But I wonder if it was overvalued because of the general lack of Exodus commentaries at the time. Enns does have some helpful literary observations, but his skepticism also leads to poor interpretations. For instance, he comments on Exodus 33:3:

The Lord does not know how he might react at some point in the journey; he does not seem to trust himself to control his anger. Thus, it is better that he does not go at all. We should resist the temptation to gloss over this description of God. This is God’s Word and this is how he is described. We should not dismiss it on the basis of what we “know” God to be like.

God makes this statement precisely because he knows exactly what the people will do (as recounted in Numbers) and that he will in righteousness consume them on the way (but not due to any loss of control!).