In keeping with this series, Jacobs traces the origins, reception, and effect of the Book of Common Prayer. As always with Jacobs, excellently written, informative, thought-provoking.

I would rank this, alongside Sense and Sensibility as one of my favorite Austen novels. An insightful meditation on the distinction between true manners and acted manners, the role of the clergy in society, etc. There is also food for thought here about the parent-child relationship. 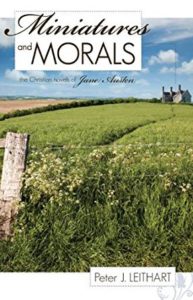 This is an enjoyable exegesis of Austen’s novels. Repeatedly Leithart showed what I thought to be helpful insights. As to the subtitle, I think Leithart demonstrated Austen to have been a committed Anglican who grew in sympathy to evangelical Christians and who adroitly addressed moral issues in her novels. The book does suffer, however, from a lack of footnotes. Leithart will quote other critics by name. The bibliography provides the works, but no page numbers are supplied. 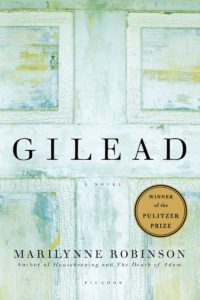 Though Robinson is often praised as a Calvinist author who seeks to recover Calvin and religion for a modern audience, she often does this by pulling her punches. She doesn’t want to come across as stuffy, so the main character at times winks at ungodliness. She has a discussion of predestination between two characters, but the main character can’t bring himself to actually embrace Calvin’s view. She shies away from affirming eternal punishment. The ethos of the book is not that of the Reformation but of the Protestant Mainline.