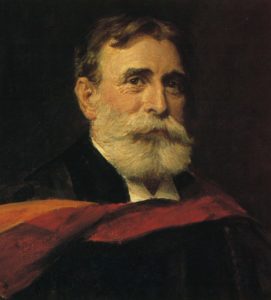 Warfield, Benjamin B. “The First Question of the Westminster ‘Shorter Catechism.'” In The Works of Benjamin B. Warfield. Volume 6. 1932; Reprinted, Grand Rapids: Baker, 2003.

The first question of the Westminster Shorter Catechism is perhaps the most famous of all catechism questions: “Q. What is the chief end of man. A. The chief end of man is to glorify God and to enjoy Him forever.” This is an excellent article tracing the origins of this question through earlier catechisms and theologies. It also contains a helpful discussion about the “enjoy” part of the answer.

For justice is not done that conception if we say merely that man’s chief end is to glorify God. That certainly: and certainly that first. But according to the Reformed conception man exists not merely that God may be glorified in him, but that he may delight in this glorious God. It does justice to the subjective as well as to the objective side of the case. The Reformed conception is not fully or fairly stated if it be so stated that it may seem to be satisfied with conceiving man merely as the object on which God manifests His glory—possibly even the passive object in and through which the Divine glory is secured. It conceives man also as the subject in which the gloriousness of God is perceived and delighted in. No man is truly Reformed in his thought, then, unless he conceives of man not merely as destined to be the instrument of the Divine glory, but also as destined to reflect the glory of God in his own consciousness, to exult in God: nay, unless he himself delights in God as the all-glorious One.

Read the great Reformed divines. The note of their work is exultation in God. How Calvin, for example, gloried and delighted in God! Every page rings with this note, the note of personal joy in the Almighty, known to be, not the all-wise merely, but the all-loving too. Take, for example, such a passage as the exposition of what true and undefiled religion is, which closes the second chapter of the First Book of the Institutes. [pp. 396-97]