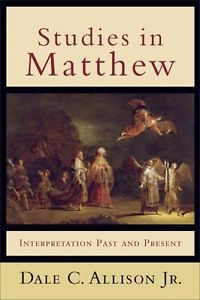 Allison argues that attending to the Church Fathers is a good way of becoming attuned to the kind of allusions that the Gospel writers may have been making to the OT texts. Though not all the allusions the Father’s saw may be valid, they raise possibilities for our consideration. Allison gives several examples including comparing Moses, the meekest man  with the Beatitude: “Blessed are the meek for they shall inherit the earth.”

Allison surveys several historical options for what it means to see God. That part of the essay was helpful. Oddly, he concludes that the meaning most likely original to Matthew is unorthodox (that God is embodied and will be seen) even though he cites Psalms in support of another option which is orthodox. Helpful data; unhelpful conclusions. 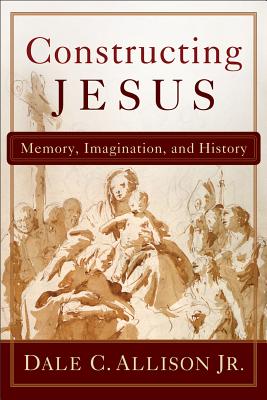 This forty-page excursus is a detailed survey of Jesus’s kingdom sayings in the Synoptics. Allison first lists the 58 kingdom sayings by corpus (e.g., “From Mark,” “Common to Matthew and Luke,” etc.). He then investigates these sayings, drawing on Old Testament and related extrabiblical literature along two line: what is the “nature of the kingdom” and how does it relate to “the world to come.” He argues against the idea that βασιλεία means reign rather than realm. While not discounting reign as part of the semantic domain, Allison makes a strong case that realm is also a signfiicant part of the semantic domain. Recently, I’ve found Micahel Goheen, Jonathan Pennington, and Patrick Schreiner arguing similarly. With regard to the world to come, Allison sees a strong orientation to the world to come. In his own words, “My judgment, then, is that ἡ βασιλεία τοῦ θεοῦ is, in the Synoptics, a realm as well as a reign; it is a place and a time yet to come in which God will reign supreme,” though he follows this by saying, “I wish to reaffirm emphatically that מלכות and βασιλεία often do . . . refer to kingly authority or royal reign” (201).

My own assessment is that Allison convincingly demonstrates that realm is a significant part of the kingdom of God theme. I do think, however, that he under-emphasized the present aspect of the kingdom.

In this essay Allison argues that the core of the Sermon on the Plain is a preserved discourse of Jesus (rather than a collection of Jesus sayings collected by the evangelist) that drew heavily on Leviticus 19. In the course of the essay Allison also highlights quotations from or allusions to the Sermon on the Plain in a variety of New Testament and early Christian writings. The documentation of these quotations and allusions along with the notation of parallels with Leviticus 19 is valuable. The rest of the essay was, given my disagreement with Allison’s critical presuppositions, a futile, if learned, exercise.