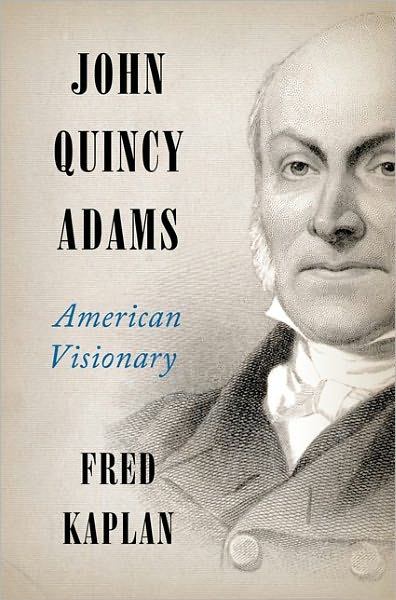 I’ve been interested in reading a biography of John Quincy Adams since reading David McCullough’s renowned biography of John Adams. I selected this particular biography for the unscientific reason that its Kindle edition was on sale. It nonetheless was a satisfying read. Kaplan not only covers the basic political history that is intertwined with Adams’s life, but he also covers Adams’s religious views and his literary interests. For instance, it was interesting to read of a debate John Quincy carried on with his father regarding the Trinity. John Adams favored the unitarian position while his son defended the trinitarian. (This seems to reflect the move toward rationalism by the founding generation and a move back toward orthodoxy in the following generation, due to the influence of the Second Great Awakening, though it should be noted that John Quincy Adams did not entirely embrace orthodox Protestantism.) The political life of John Quincy Adams is fascinating because it spans almost the entire era from the founding to the Civil War. Adams plays an important part in many key national events from negotiating the end of the War of 1812 to opposing Jacksonian populism to opposing slavery. He is involved in these momentous events as ambassador, president, and congressman. He was also the first president to be the son of a president and the only president to later serve in the House of Representatives. His philosophy of public service was to never put himself forward but to never decline if his fellow citizens called on him to serve.