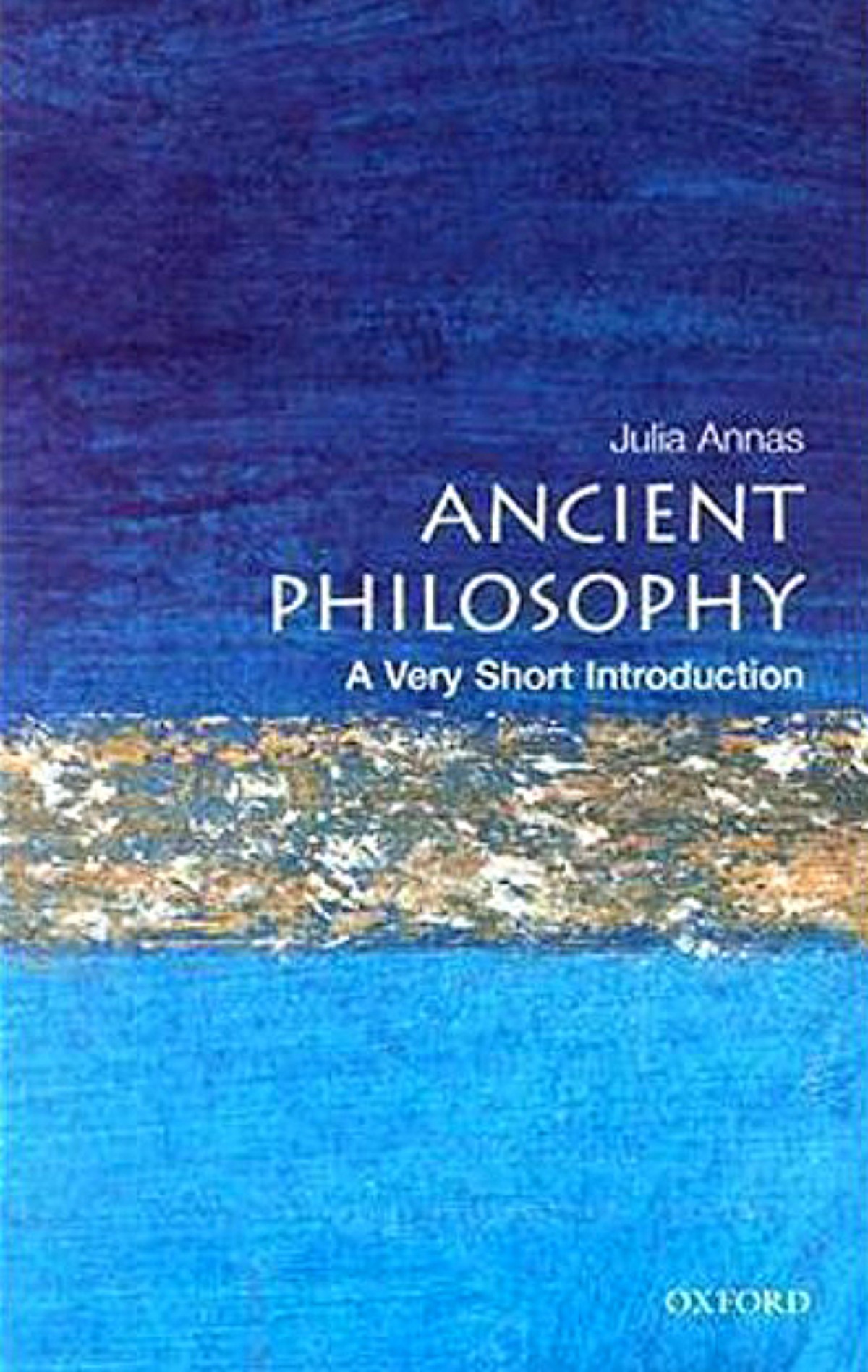 This is another superb entry in the Very Short Introduction series. It is not a historical survey of ancient philosophy, moving from one philosopher to another. Rather, each chapter is an essay on a topic related to ancient philosophy. For instance, there are chapters on the difference between humans and animals, why people study philosophy, or ancient views of happiness. Each of these chapters is well-served by being read slowly and pondered.

A brief look at her chapter on happiness may help show the value of the book. Annas helps modern readers enter this ancient world by looking at a story told by fifth century BC philosopher Prodicus in which a man named Heracles is met by two women, one representing Pleasure and the other representing Virtue. Heracles is seeking for happiness, and the two paths for achieving it are pleasure and virtue. According to Annas “Prodicus was one of the first philosophers to make explicit something important; we are all, in our lives, aiming at happiness” (40). Yet this ancient framing of the problem raises a problem for moderns:

Our modern conception of happiness is frequently understood in terms of pleasure and desire-satisfaction (something aided by the wide and confused way we use ‘happy’), and this can make it hard at first to see the appeal of ancient theories of happiness. If happiness is just getting what you want, then the ideas in the Choice of Heracles make no sense. [47]

By contrast, “Happiness in ancient ethical thought is not a matter of feeling good or being pleased; it is not a feeling or emotion at all, it is your life as a whole which is said to be happy or not” (42). So in contrast with a modern understanding in which moments of pleasure are happiness, in the ancient understanding moments of pleasure are often major obstacles to happiness with reference to life as a whole.

Annas defends the ancient idea that happiness is everyone’s last end: “The overall end which unifies all your concerns has to be complete: everything you do or go for is sought for the sake of it, while it is not sought for the sake of anything further. It also has to be self-sufficient: it does not leave out any element in your life that has value as part of living well. . . . And on the level of common sense or intuition, happiness is the only aim, plausible as an aim in your life as a whole, which is complete and self-sufficient” (43). Annas also seems to agree with the ancients in distinguishing happiness from hedonism. Annas observes that “hedonism, the view that pleasure is our ethical end, is always on the defensive in ancient ethics.” There are only two Greek philosophies which make pleasure man’s chief end, the Cyrenaics and Epicureans. The former had trouble defending the idea that always seeking immediate pleasure would bring happiness. The latter so redefined pleasure as seeking the tranquil life in the long term that it seems to no longer be maintaining a hedonistic position (44, 46-47).