Hsieh notes the tendency of non-dispensationalsits to move away from allegorical or spiritualizing arguments which state that the church has replaced Israel and to move toward arguments that the promises, such as the land promise, have been expanded beyond Israel in the NT to include the whole church and the whole world. Thus the land promise for Israel is fulfilled not in the restoration of the nation of Israel to a land but in the blessing of the new earth for all of God’s people. 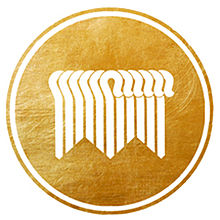 Hsieh proposes a different interpretation. He argues that contextually Paul defines the promise noted in 4:13 “in terms of Abraham becoming the father of many nations and having innumerable descendants (vv. 17-18)” (107). To be heir of the world thus means that Abraham is heir of a seed from many nations who have faith in God as he did. Not only does this reading make better sense of the context, but also, Hsieh argues, because this is a promise that Abraham believed. Abraham knew of the promise that he would be the father of many nations. Abraham did not know (and thus could not believe) and expanded land promise. Hsieh closes his article by making the case that κόσμος and κληρονόμος can refer to seed and need not point to the land promise.

I think that Hsieh mounts a good argument for his position, and he may well be right about this text. However, as he indicates at the close of his article, other texts are also in play in this discussion and in need of more careful study. I’m not convinced that his major concern (which I share) is harmed if some of these texts do validate the thesis that the land promise is expanded. Psalm 72:8 expands the land promise within the Old Testament itself. Indeed, this expansion may go back to Abraham himself. In Genesis 22:17, God promises that Abraham’s seed will possess the gates of their enemies. Linked tightly to this promise is the promise that in Abraham’s seed all the nations of the earth will be blessed (22:18). If these promises are meant to be tightly linked, the promise of 22:17 would not be limited to the conquest of Canaan but would be extended to the reign of the Messianic King over all the nations. Further, if the expansion of the land promise to the nations extends all the way back to Abraham itself, then the expansion need not be played off against the specific land promises given to Israel (and Hsieh’s suvey of Jubilees shows that at least in one text it was not). It is, after all, an Israelite king that rules from Jerusalem over all the nations. If other nations exist in their lands under the Messianic king, why not allow a restoration of Israel to its land under the Messianic king? Finally, Hsieh may be correct that Romans 4:13 does not contribute to an expansion of the land promise theme, but if my proposal is correct, Abraham as father of many nations and the expansion of the land promise many be themes that are more closely linked than one might first think.