The court of the Tabernacle was open to Jewish worshippers bringing their sacrifices. Again God’s presence with his people is highlighted. There is an area set aside where Israelites could gather before the dwelling place of God on earth to worship him.

The court also indicated the distance of God. The court was a fenced off area. Gentiles were not permitted. The wall of the courtyard thus symbolized a “dividing wall of hostility” made up of “the law of commandments expressed in ordinances” (Eph. 2:14-15).

Once again, the Tabernacle was blessed symbol of God’s presence, but it was also a reminder of the further progress that was needed to reconcile man to God.

The Zondervan catalog also says that they will release a revised ZPEB in 2009.

And another interesting offering from Zondervan [catalog, p. 48]

Three prominent scholars — Darrell L. Bock, Walter C. Kaiser, and Peter Enns — detail their positions on how the Old Testament relates to the New Testament, a topic of significant interest today. This includes substantial discussion of instances where the New Testament authors discern the fulfillment of a prophetic element in the Old Testament text. The book also incorporates questions about the nature of fulfillment and typology as aspects of this seminal issue.

The Biblical Theology of the New Testament (BTNT) series aims at providing textbooks in the areas of New Testament theology, interpretation, and exegesis at the highest level of academic excellence. A multivolume work, its eight volumes will cover the entire New Testament and include Matthean, Markan, Lukan, Johannine, and Pauline theologies as well as works on the theology of Hebrews;
Peter, Jude, and James; and the Book of Revelation. Each volume is written by a recognized expert in the field who has written one or several major commentaries or monographs on the subject. This exciting new series is designed both for use in the classroom and seeks to make a significant contribution to the burgeoning field of biblical studies.

Sixty years ago, biblical scholars typically maintained that Israel’s religion was unique, that it stood in marked contrast to the faiths of its ancient Near Eastern neighbors. But nowadays it is widely affirmed that Israelite religion mirrors that of other West Semitic societies. What accounts for this radical change, and what are its implications for our understanding of the Old Testament?

Dr. John N. Oswalt says theological and philosophical convictions account for this new attitude among scholars, rather than a revision to the data itself. Its roots lie in the Western world’s increasing hostility to the idea of revelation. Revelation, which presupposes a reality that transcends the world of the senses, is objectionable to people because it assumes the existence of a realm over which they have no control.

Oswalt makes a detailed comparison of the Old Testament and the other ancient Near Eastern religions. While not advocating a “the Bible says it, and I believe it, and that settles it” point of view, he asserts convincingly that the Bible’s historical claims cannot be disassociated from its theological claims.

This thought provoking book supplies a necessary corrective to rejecting the Old Testament’s testimony about a transcendent God who breaks into time and space and reveals himself in and through human activity. Instructors will find it to be an ideal supplemental textbook for courses covering the Old Testament and Ancient Near Eastern backgrounds.

Zondervan announced today the availability of their Fall Academic Catalog.

Once of the more interesting features the description of the Zondervan Exegetical Commentary on the New Testament [see p. 6-7 of the catalog].

“This generation has been blessed with an abundance of excellent
commentaries. The key question to ask is, what are you looking for in
a commentary? This commentary series might be for you if
• you have taken Greek and would like a commentary that would
help you apply what you have learned without assuming you are
a well-trained scholar;
• you would find it useful to see a concise, one- or two- sentence
statement of what the commentator thinks the main point of
each passage is;
• you would like help interpreting the words of Scripture without
getting bogged down in scholarly issues that seem irrelevant to
the life of the church;
• you would like to see a visual representation (a graphical display)
of the flow of thought in each passage;
• you would like expert guidance from solid Evangelical scholars
who set out to explain the meaning of the original text in the
clearest way possible and to help you navigate through the main
interpretive issues;
• you want to benefit from the results of the latest and best scholarly
studies and historical information that helps to illuminate
the meaning of the text;
• you would find it useful to see a brief summary of the key theological
insights that can be gleaned from each passage and some
discussion of the relevance of these for Christians today.”

Key Features and Distinctives
• A graphical display of each passage enables the reader to grasp quickly and accurately the main idea of the
text, its development, and supporting ideas.
• “Theology in Application” section follows the commentary proper and reflects on the overall theological
message of the passage and its function in the biblical book and biblical theology as a whole. Further, discussion
of how the passage should be understood and applied in the church today is also included.
• Identification and discussion of the main idea of each passage occurs in the graphical display, the introduction
to the passage, and the “Theology in Application” section. Few commentaries do this consistently.
• Responsible interaction with the Greek text ensures that the commentary remains understandable to pastors,
teachers, and students.
• Scholarly, yet accessible. Though certainly familiar with the best scholarly literature on their book, contributors
only present the most important findings when appropriate for their church-serving readers.

Based on the author several of these look to be worth getting. Schreiner on Galatians (along with proposed commentaries by Carson [PNTC] and Moo [BECNT]) should be good. I’ve liked most everything I’ve read by Theilman so far. Moo on Hebews is also exciting. And Fanning on Revelation means a new dispensationalist treatment of that book (does anyone know if he is Traditional or Progressive?).

See the table of contents and first chapter here. 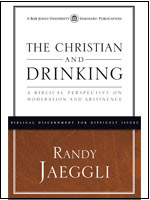 See the table of contents and first chapter here.

So our life with God is in the deepest sense an enjoyment of him…. In the end, one cannot glorify God without enjoying him. The goal expressed by WSC, 1, is, in the most profound sense, not twofold, but one. God desires to share his glory with his people, his image, his sons and daughters, his bride. He is not like Molech (Lev. 18:21), the false god who demanded human sacrifice. Rather, our God delights in the fulfillment of human potential.

Grudging obedience is not what he desires of us. It may be better than no obedience at all, but it is seriously defective. We should seek, not only to obey him, but also to delight in obedience. That delight comes from prayer and supplication with thanksgiving, through immersion in the words of Scripture and the hearts of the great saints of redemptive history, and through fellowship of the church in Word and sacrament.

John Frame, The Doctrine of the Christian Life, 306.